The new observation deck atop 6.684′ Mount Mitchell has opened. It was originally scheduled for completion in 2007, but was finally finished around November 2008. As of January 2009 notices on the Park’s web site regarding closures around the construction site were removed, and a visit in February confirms that the summit has reopend. The short deck replaces the aging concrete and stone tower which was torn down a couple of years ago to make way for the new structure. Why not make the trip to the summit to check it out, before the crowds return in spring? You can drive to the summit, but an invigorating hike along the Old Mitchell trail will get you there without feeling like a tourist! 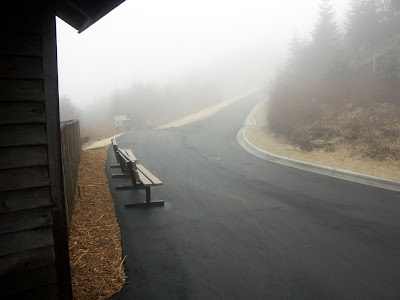 Looking up the trail from the Environmental Education building. 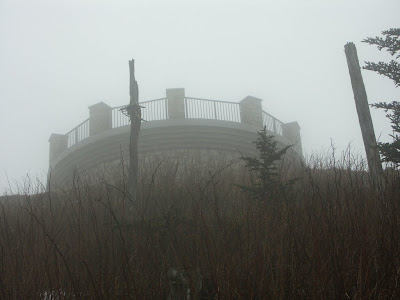 Looking up at the observation platform from the trail. 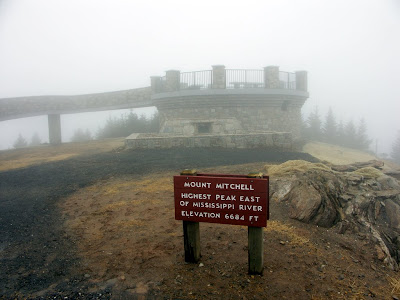 The summit area and platform. 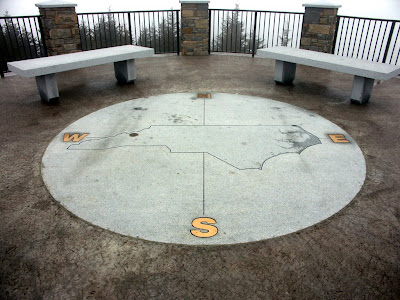 The top of the platform. It was comletely fogged in, so I didn’t even try to get a picture of the view.